The Statue of the controversial poet Walt Whitman has been officially removed from the Rutgers-Camden Campus center after protests and petitions from both students and the community.

Students started off the spring semester two weeks on Zoom and came back to see the statue was finally removed from the Campus center to the Admissions building.

The Statue was previously located in front of the Campus Center. In the 2021 fall semester, signs emerged on the statue marking the poet as a “racist” and “bigot”. This caught the attention of the school’s vice chancellor for public affairs and chief of staff, Mike Sepanic, who released a statement regarding the statute. He announced that the statue would be moved from the campus and placed somewhere else.

Before the start of the 2022 spring semester, there was no word or action being taken to remove the statue. Back in June of 2021, Chancellor Tillis sent out an email speaking on the removal, “The statue of Walt Whitman will be relocated to a historically relevant site on campus and contextualized. It is to be in the space between the admissions building and the law school.” It was close to the end of the fall semester and it still remained at the center of the campus. Students were stuck wondering, what is being done, and is it ever going to be moved? Some even questioned, why is it being moved in the first place?

“As if we had not strained the voting and digestive caliber of American Democracy to the utmost for the last fifty years with the millions of ignorant foreigners, we have now infused a powerful percentage of blacks, with about as much intellect and caliber (in the mass) as so many baboons,” said Walt Whitman in one of his essays discussing democracy.

Scholars that have carefully studied Whitman’s works discovered in several of his passages, including this one, Whitman referring to those of African descent as “baboons” and other offensive comments. David S. Reynolds, an expert in Walt Whitman and a Northwestern professor, spoke on the topic saying, “It is true that Whitman was a racist but it was not uncommon for that time period.” Whitman’s ideas and works were revolutionary at the time but that didn’t translate into him being an open-minded person in all aspects of his life.

Reynold acknowledges the sudden uproar among the public and especially students who refuse to participate in learning Whitman’s works. Students across the country are protesting the poet and the hashtag cancel Walt Whitman has popped up on the internet.

This discovery is challenging academics and universities’ decisions to teach such controversial people in the classroom. The question for some is can you separate the artist from the art? In this case, students can’t ignore the blatant ignorance and offensive language displayed by Whitman.

This delay in action had not gone unheard by the community who wondered if Rutgers-Camden would keep to their promise and have the statue relocated. The statue was seen in mid-November wearing a shirt saying, “I am the first, but I won’t be the last.” This message was displayed on the statue, a bold statement from an unknown First Gen student at Rutgers-Camden.

Luckily the Community’s demands were answered as the statue now stands next to the Undergraduate Admissions building. There is a QR code link on the fence explaining the removal and a brief history of the poet.

Yet It calls into question, who will be next on the chopping board? Is justice really served? 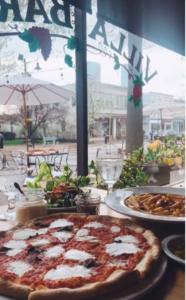 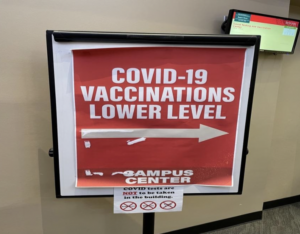