Harry Styles, the 27 year old pop star from England, is no stranger to putting on a show. In September, the Wells Fargo Center came to life as 20,000 people made their way into Philadelphia’s stop on the Harry Styles: LOVE ON TOUR. Feather boas, sparkly dresses, and colorful pantsuits dressed the room.

When tickets for the show went on sale in late 2019, fans did not anticipate that the COVID-19 pandemic would postpone the tour for nearly two years. The audience’s eagerness and excitement could be felt in the atmosphere of the arena.

Fans who attended the show had to show proof of vaccination or a negative COVID test prior to entrance, in addition to masks worn at all times.

The night kicked off at 8 p.m. with the opener, Jenny Lewis.

By 9 p.m., the crowd was ready for Styles. Within minutes, the sold out arena went dark and the introduction voiceover paired with flashing images on the screens began. The room was in an uproar as Styles came up through the center stage with the music to his song “Golden” playing behind him.

The stage, designed as a round with two walk-ways, gave the audience full ability to see Styles and his pink and blue outfit from every seat.

The concert was thrilling in every aspect. From catchy, energetic pop songs to emotive ballads to Styles’ quirky (yet entertaining) dancing, the audience was fully engaged. Fans in the audience matched Styles’ high energy and made it an entertaining experience for all.

“I’m not gonna lie, Philly. I’m in a fantastic mood,” Styles said. The crowd’s reaction proved that he wasn’t the only one.

Styles’ main goal is always to make everyone feel welcomed and loved at his shows. At the Philadelphia concert, Styles pranced across the stage holding a rainbow pride flag and bisexual pride flag, during the song “Treat People with Kindness,” a song thats lyrics seemed like a response to the moment.

Before nearing the end of his performance, Styles paid a special homage to his love for Wawa, the popular convenience store chain, and Philadelphia culture.

After a fourteen song setlist, Styles said his goodbyes before coming back for a three song encore. The album titled song “Fine Line” was a spectacular ending for the show. The sound of horns blasted through the arena creating a dramatic ending. The atmosphere felt sentimental as fans had been waiting for this moment for nearly two years yet within an hour and a half it was gone.

The fans knew what to expect when Styles began to sing the finale “Kiwi.” The song is famously known for being the most exhilarating song of the show. Styles hyped up the crowd by splashing water, jumping around stage and dancing to the loudness of the drums and electric guitar. Fans created mosh pits and danced along with him.

The song was bittersweet. It was the one attendees anticipated most, but also signified the end of the night. When the song was finished, Styles gave his final waves and ran off the stage.

Outside of the Wells Fargo Center, morale was high. Fans were crying, smiling and singing songs aloud in groups. From entering the concert to exiting the arena later that night, the “City of Brotherly Love” most certainly felt the love from Harry Styles and his LOVE ON TOUR. 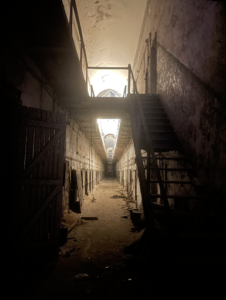 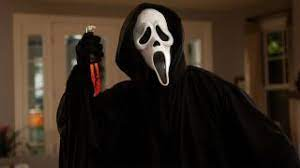