Our Men’s Soccer team is currently 4-2-2 and are set to take on Stockton University at 7:00pm September 29th under the lights at Rutgers-Camden Community Park.

Parker Soloway, the current captain, believes the season has had it’s ups and downs, but is still hopeful. “Battling against 5 of the top teams in the country has shown us what we need to work on, but also how good we can be. We’re still searching for a rhythm and personality to our team, but once it clicks, we will take off. We can all see the potential, we are just trying to get the right pieces put together, in rhythm, to reach our ceiling,” said Soloway. 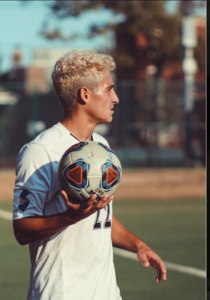 Our Women’s Soccer team is currently 1-5 where they look to turn things around and play Kean University at home at September 29th 1:00pm for their first NJAC Conference game.

“Though it’s not the start that any team wants or expects, the fight and hunger in us is still there. A team, when faced with adversity, can either sulk in it and point fingers or they can be there for each other and face it head on together. Right now, we are learning to stay positive and come together as a family and push through which is what makes and builds a strong team. We know and have seen what we are capable of, and it’ll take one game and one win to turn everything around for us. One match can start a fire,” said Breana Winder, the current captain. 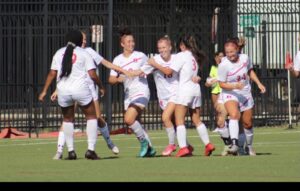 Our Women’s Volleyball team is 7-4 where they look to keep the three-game winning streak alive against Drew University at home at 7:00pm September 23rd. Senior captain Delaney Kolb doesn’t think the buck stops at winning. “This season so far is probably the best we’ve played yet and has been the most competitive and talented team I’ve seen from us thus far. Winning against teams that have beat us in the past has shown us what we’re capable of and what we bring to the table this year. If we keep working hard, trust each other on the court and find trust in ourselves to make smart plays, we’re gonna be unstoppable,” said Kolb. 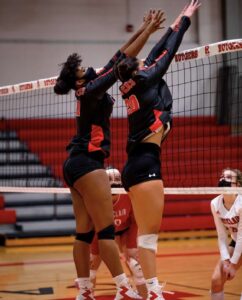