Poland went through some major changes these last few weeks after its government declared a near-total ban on abortions. This news was very shocking and upsetting to the Polish community. Now, women can only get an abortion if it is a risk to the mother’s health and life, rape, or incest. With the announcement of this law, a major uproar erupted in the country. Thousands of men and women of all ages began protesting in Polish cities before the law took effect last October. In response, the Polish Constitutional Court postponed the implementation of the law due to the protests that went on for a month. On January 28, 2021, the Polish Government suddenly announced that the ruling was going into effect.

The people of Poland finally have an idea about why the abortion law has now been put into place. The Catholic and Conservative Law and Justice essentially convinced the Polish Constitutional Court to approve the law. The particular reason for the circumstance in Poland is that the Roman Catholic Church has a very heavy influence in the country, where 87 percent of the population is Catholic. Nevertheless, the new law has not sat well with Polish citizens.

In one instance, angry young women went into churches and scorned priests with offensive words. Polish women feel that this law is a form of humiliation. They have even created a slogan called “Women’s Hell.” The hashtag, #WomensHell, can be found on Twitter where it has been one of the top tweets going back from October 2020 until now. One Twitter profile uploaded a video of the protest with Polish police officers trying to  “control the situation.” The clip shows police officers pushing protesters with shields, roughing them up tremendously, and pepper-spraying into the crowd.

The law against abortion strips women of their rights in Poland and mirrors the abortion law that some American states have passed recently. One example is Louisiana. The law states that it does not allow abortions when there is confirmation of a fetal heartbeat, which is usually present about six weeks before a woman knows she is pregnant. The women are only granted an abortion if it is a risk to their life. South Carolina has just passed a similar measure.

Honestly, it’s very upsetting that Poland is stripping women of their human rights. They have a right to be furious and protest. The government does not own women’s bodies, therefore, why should they have a say about what a woman does with it? They did not consider the possible effects an unwanted pregnancy can have on a woman’s mental health. Let’s have faith that the women in Poland will be able to get through this dark time and continue to voice their rights. 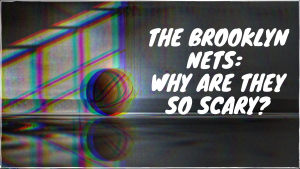 Previous post The Brooklyn Nets: Why Are They So Scary?
Next post Camden’s Scrap Yard Fire Sends Smoke Throughout the City
Anel Fajardo